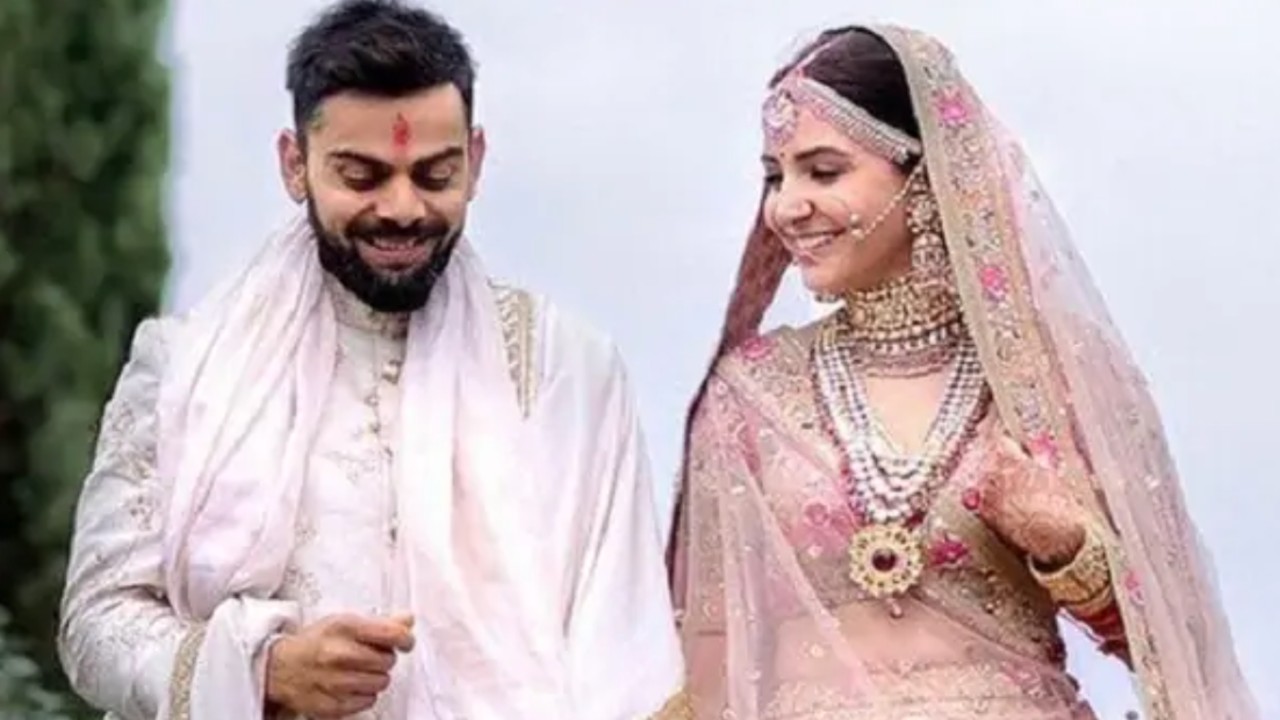 Shilpa Shetty who tied the knot in 2009, wore a piece by designer Tarun Tahiliani. Her saree had around 8000 red Swarovski crystals embedded inside it and costed an exorbitant amount of 50 lakh rupees!

Sonam Kapoor‘s chose a traditional red and gold bridal Lehenga by designer Anuradha Vakil which cost her around INR 70-80 lakh. Elegant and contemporary!