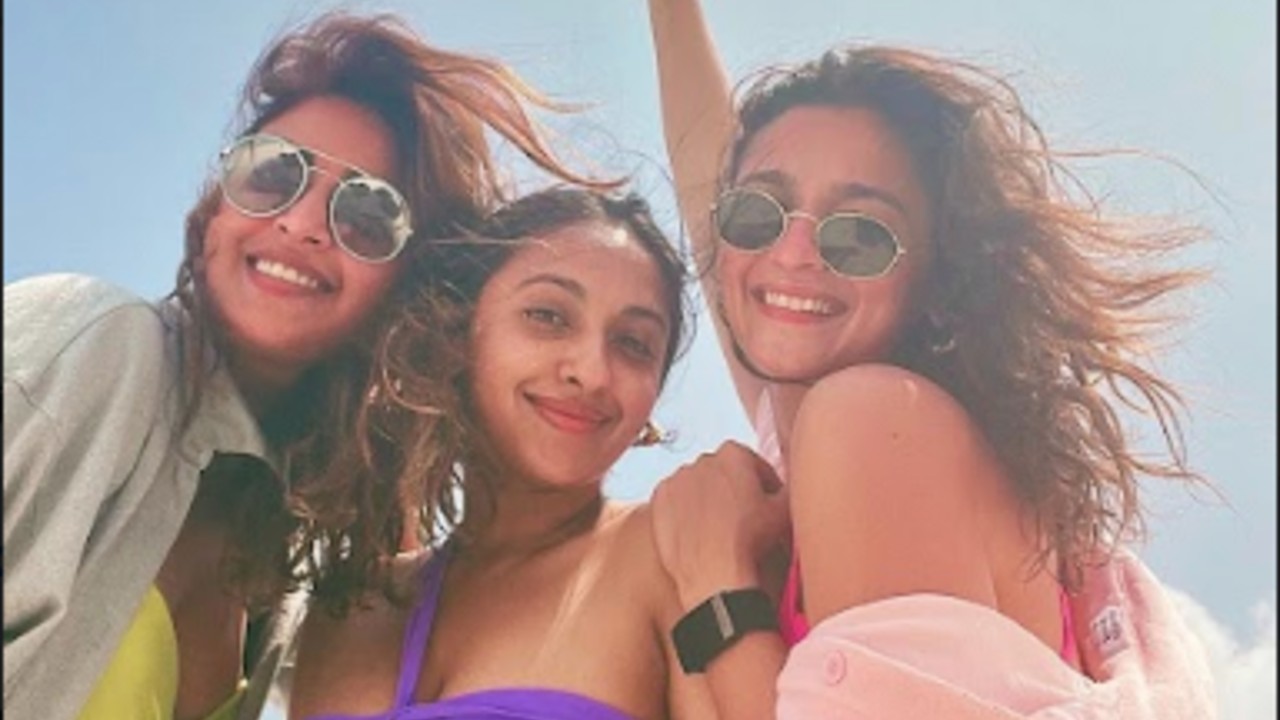 “Friends are special. Be it a party, or an errand hang, friends make everything better. And what better than friends who stick around through ages”. We bring you a list of Bollywood’s BFFs who have stuck together through thick and thin.

Yes! You guessed it right. It’s Ananya-Shanaya-Suhana. SRK‘s daughter Suhana Khan, Chunky Panday‘s daughter Ananya Panday and Sanjay Kapoor‘s daughter Shanaya Kapoor are childhood buddies. They are seen hanging out a lot, together, whenever Suhana, who’s studying in New York, is in town. The trio has been friends since they were little kids and their friendship is going strong, as we can see from their adorable pictures together. Well it seems like we have our own Indian version of Powerpuff girls.

Who doesn’t know these handsome hunks? Arjun Kapoor and Ranveer Singh are extremely close to each other and treat each other as family. So much so, that Arjun calls himself the ‘sautan’ of Ranveer’s wife, Deepika Padukone! In an interview with the mid-day Arjun stated “”He still gatecrashes my dubbing, sends long voice messages after watching my songs and kisses me on the cheeks. Our connection remains unaffected. I tell Deepika that I am her sautan. We have been consistently warm”.

A friendship as old as theirs is something to hold onto and cherish for life. Hrithik Roshan‘s ex-wife, Sussanne Khan, yesterytime actress, Sonali Bendre and Swades fame, former actress, Gayatri Joshi Oberoi have been best of friends for more than a decade, and their friendship has withstood all the highs and lows. Sonali, time and again, takes to her Instagram to post pictures with her BFFs.

Alia and her squad

Alia Bhatt is friends with Akanksha Ranjan and Anushka Ranjan since they were kids, and their pictures together have given us some major #womance goals! The trio is often seen having fun together on social media. Bhatt had even posted a lovely throwback picture with Akanksha Ranjan, when they were little kids, on her birthday with the caption, “”happy birthday my everything”

The bromance between actor Ranbir Kapoor and director Ayan Mukerji has grabbed eyeballs in the industry. So much so that this one time, Rishi Kapoor said that they should marry each other. Rishi Kapoor, had tweeted a picture of his son with Ayan Mukerji and wrote “” “”Best friends! How about you both getting married now? High time!”.