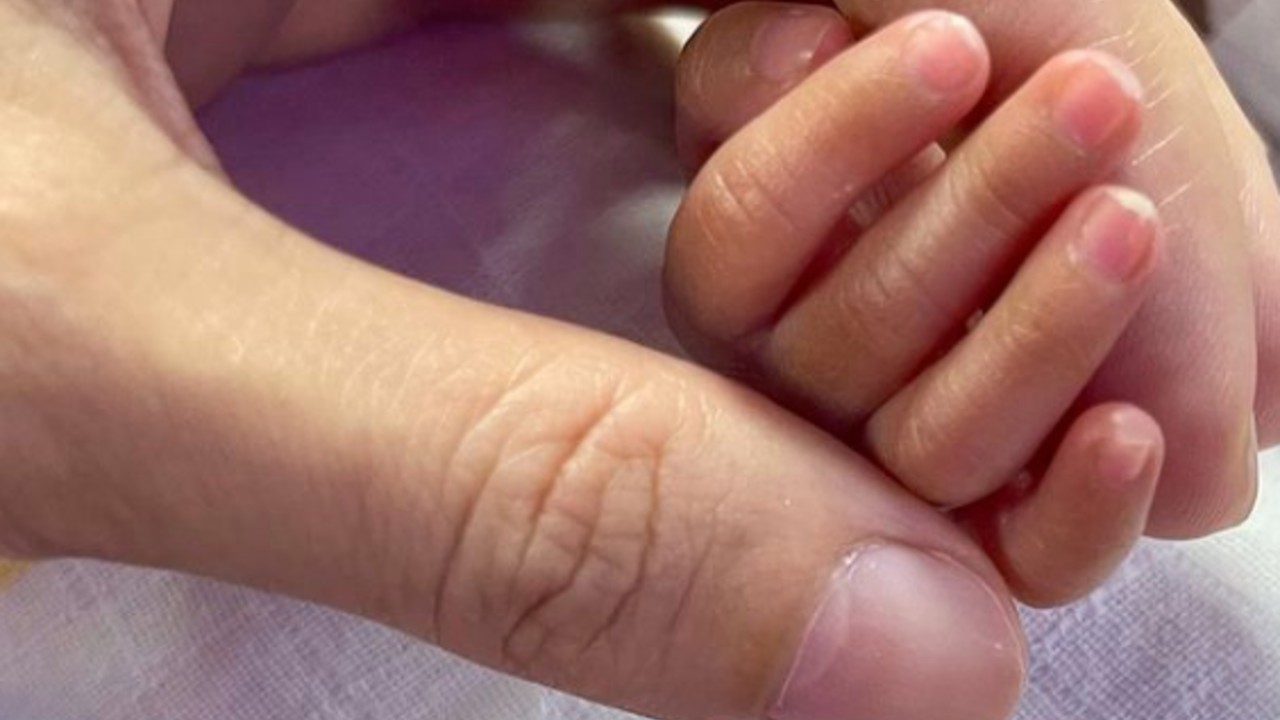 Dia Mirza and her husband Vaibhav Rekhi just announced that they are parents of a boy. Their little son Avyaan Azaad Rekhi was born prematurely, on May 14th. Since then, he is in a neonatal intensive care unit (NICU). Dia underwent a sudden appendectomy during her pregnancy and suffered a very severe bacterial infection that she said “could have led to sepsis and proven to be life-threatening.”

Fortunately, timely care and medical intervention ensured the baby’s safe birth through an emergency cesarean. The 39-year-old actress shared the news on social media with an emotional post, in which the photo shows
her hand holding her son’s.

“To paraphrase Elizabeth Stone, ‘to have a child is to decide forever to have your heart go walking around outside your body.’ These words perfectly exemplify Vaibhav & my feelings right now”.Diz Mirza

Dia wrote: “Our heartbeat, our son Avyaan Azaad Rekhi was born on May 14th. Having arrived early, our little miracle has since then been cared for by tireless nurses and doctors in the Neonatal ICU”.

She continued: “As we watch this tiny being, this Zen master in awe and wonder, we learn from him, in all humility, the true meaning of trusting the universe and of parenthood. And to not be afraid, and so we humbly take The lead from his resilience and courage. We do not have enough words to thank all those who continue to help us live this story of hope and faith and create a safe, healing, nurturing space for Avyaan and I”.

Dia announced her pregnancy on April 1st. She learned that she was pregnant while planning her wedding to Vaibhav. At the time, the actress wrote on Instagram: “This is the happiest news of my life. I waited many years for this to happen”.